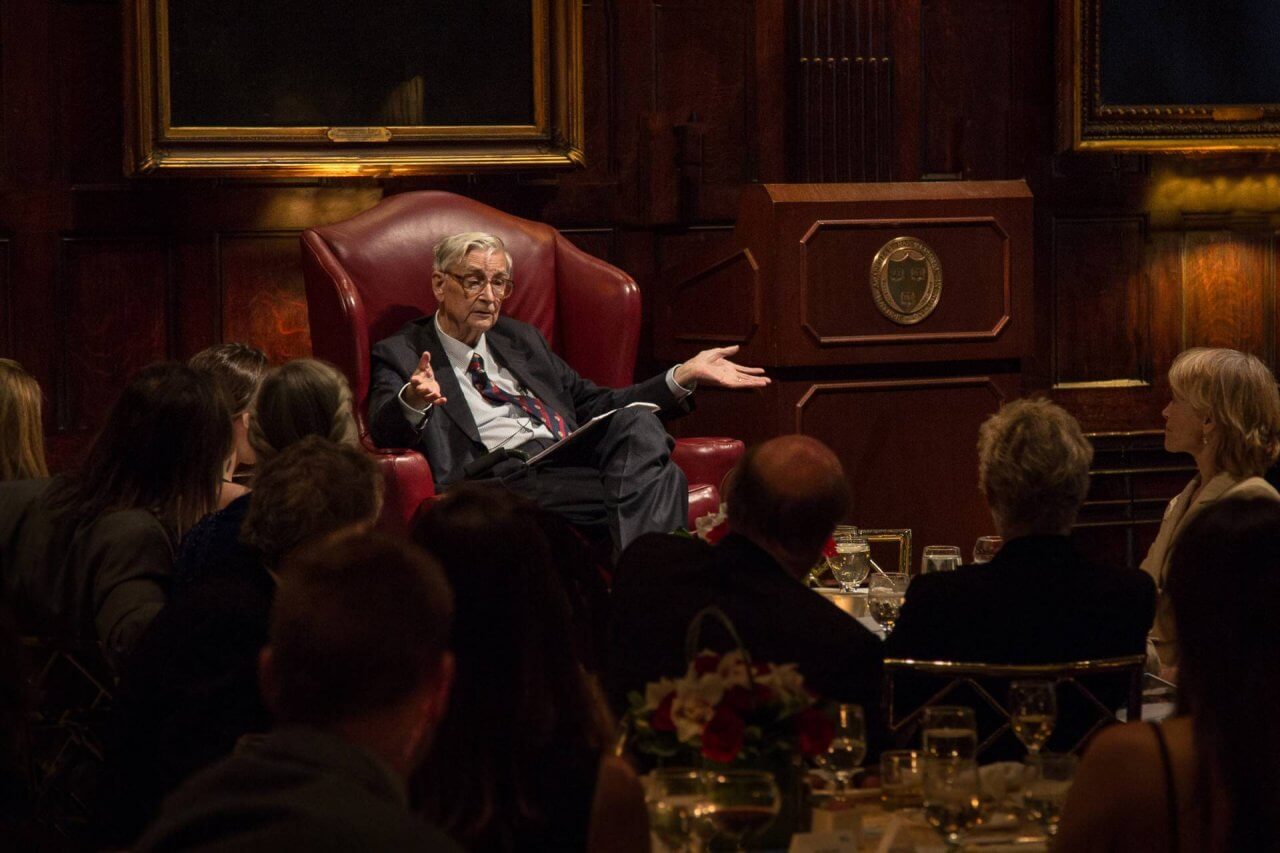 A life well lived – in remembrance of E.O. Wilson

With the passing of E.O. Wilson, famous biologist and an honorary member of the Nature and Culture board, we’ve invited a member of our board who knew him personally to write a guest blog honoring his life’s achievements.

Charles Smith is a friend of E.O. “Ed” Wilson and sits on both Nature and Culture International’s Board of Directors, and the E.O. Wilson Biodiversity Foundation Board. Charles is a passionate conservationist who is enthusiastic about our mission to conserve the remaining biodiversity hotspots in the Amazon and beyond, and was a close personal friend of E.O. Wilson.

Here is a note from Charles about the passing of his friend, E.O. Wilson:

You have likely heard that E.O. Wilson passed away last night. I have it on good authority that Ed was resting comfortably throughout his departure from this world.

Reading Ed’s mind-expanding books is what changed how I see and understand the world (to the extent I do). There’s a great old saying that says, “We see the world with ideas as much as with our eyes.” Ed’s concepts were as deep as they get (ultimate evolutionary causes, after all), but Ed phrased his ideas in a uniquely poetic manner that conveyed a contagious exuberance for the subject he was explaining. For a reminder of his style and wit, check out this New Yorker piece from 2010, written at the age of 81.

Some people think that science is about prediction. It’s not. It’s about explanation. And Ed was the master of explanation. He explained how speciation takes place with his experiments in biogeography. He discovered pheromones and explained how those molecules are the communication medium of the insect world. Ed explained how the sociality of certain animals evolved (including we humans) with his invention of sociobiology. He became the main proponent of group selection theory and explained how the counter-intuitive phenomenon of altruism and the love of non-kin could evolve by natural selection. And he showed us the necessity of nature with the concepts of biodiversity and biophilia. I can’t think of anyone who advocated for the conservation of nature more effectively. There will never be another Ed Wilson, that’s for sure.

Ed loved Nature and Culture. A few years back, I was at a reception in New York waiting for Ed with about 50 folks in a wood-paneled room in a fancy hotel. When Ed entered and caught my eye, he marched straight over to me, passing by all the VIPs, to shake my hand and congratulate me on NCI’s accomplishments. I promise you all; it surely wasn’t about me. It was about you guys and the work you are doing to fulfill Ed’s vision for Earth: half of it protected for nature, if we humans can play our cards right.

I’ve been sending Ed updates on NCI’s successes for years now. Those stories lifted his spirits and helped him grow old with the hope that nature could yet be saved at large-scale. I’m confident that NCI will continue to be guided by Ed’s passion for nature and her extraordinary complexity and beauty. Ed will be sorely missed, and we must carry on.
– Charles

NCI Board with E.O. Wilson. 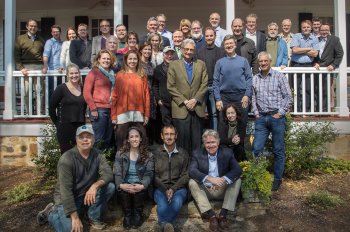 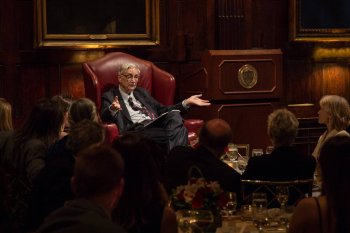 Ed lecturing at the Harvard Club – a lucky shot that seems to capture the essence of his desire to share what he’d figured out. 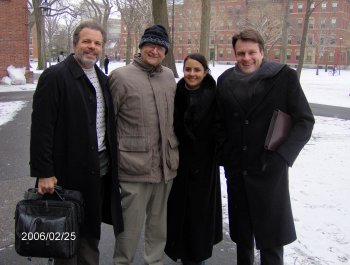 Launching the EO Wilson Biodiversity Foundation in 2006 (many moons ago).