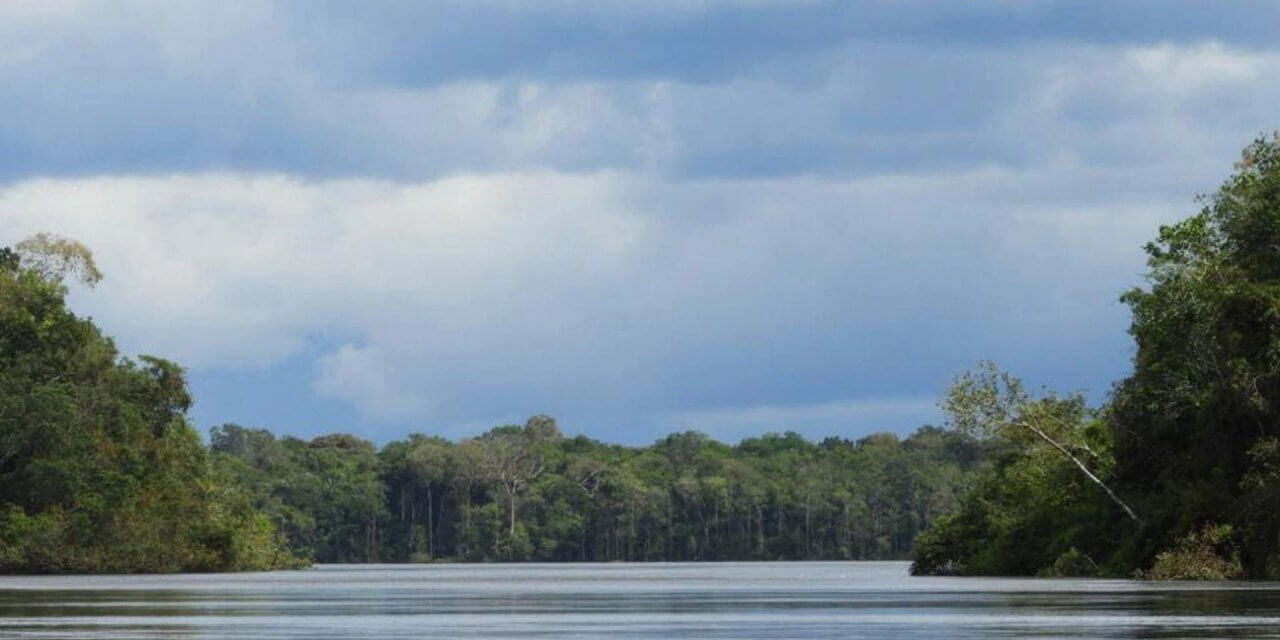 An Expedition into the Aliwa Rainforest: Safeguarding the Biocultural Heritage of the Aliwa-Cupepe Indigenous Community

Home / Latest News / An Expedition into the Aliwa Rainforest: Safeguarding the Biocultural Heritage of the Aliwa-Cupepe Indigenous Community

The Aliwa rainforest, a unique ecosystem that emerged from a crater 30 million years ago.

The Aliwa forests of Colombia are home to the Sikwani people of the Aliwa-Cupepe indigenous community. The area is abundantly diverse with at least 1,500 species of animals and about 1,100 species of plants. This unique forest was formed when a crater hit the earth over 30 million years ago. Initial research expeditions have led researchers to believe there is much still to be discovered in terms of the variety of species of plants and animals. It is a common occurrence worldwide, that in areas where asteroids have made impact, biodiversity is found to be uniquely different from the rest of the region.

Earlier this year, the project (named Salvaguardando la herencia biocultural del territorio indígena Aliwa-Cupepe) to safeguard the biocultural heritage of the Aliwa-Cupepe was initiated. This project is a joint effort between Humbodt Institute, WCS-Colombia, Traditional Indigenous Authorities, Nature and Culture International, and Re:Wild. The expedition will study the uniquely diverse range of flora and fauna found within this ancient crater. The team will also work to strengthen participatory planning for the 90 indigenous families that live in the region.

This crater, approximately 30 miles in diameter contains an ecosystem of both the savannas of Orinoquia, and the tropical rainforest of the Amazon. It is located within the region Vichada in Cumaribo municipality of eastern Colombia. Researchers believe that there are 144 species of butterflies, 331 fish, 64 amphibians, 163 reptiles, 684 birds, and 183 mammals. Of these, it is estimated that 33 species are in danger of extinction, including the Orinoco crocodile, the morrocoy turtle, the spider monkey, the giant armadillo, the pink dolphin, the jaguar, and the Chestnut tree.
With this incredible group of international organizations, including the Indigenous Traditional Authorities, Nature and Culture International’s objective is to use this project as a biological expedition and participatory planning opportunity for territory conservation. Safeguarding the Aliwa forests and its biocultural heritage will protect the diverse wildlife and traditional knowledge of the region. The region is currently under threat of colonization for extractive activities.
Read the Spanish news release here.