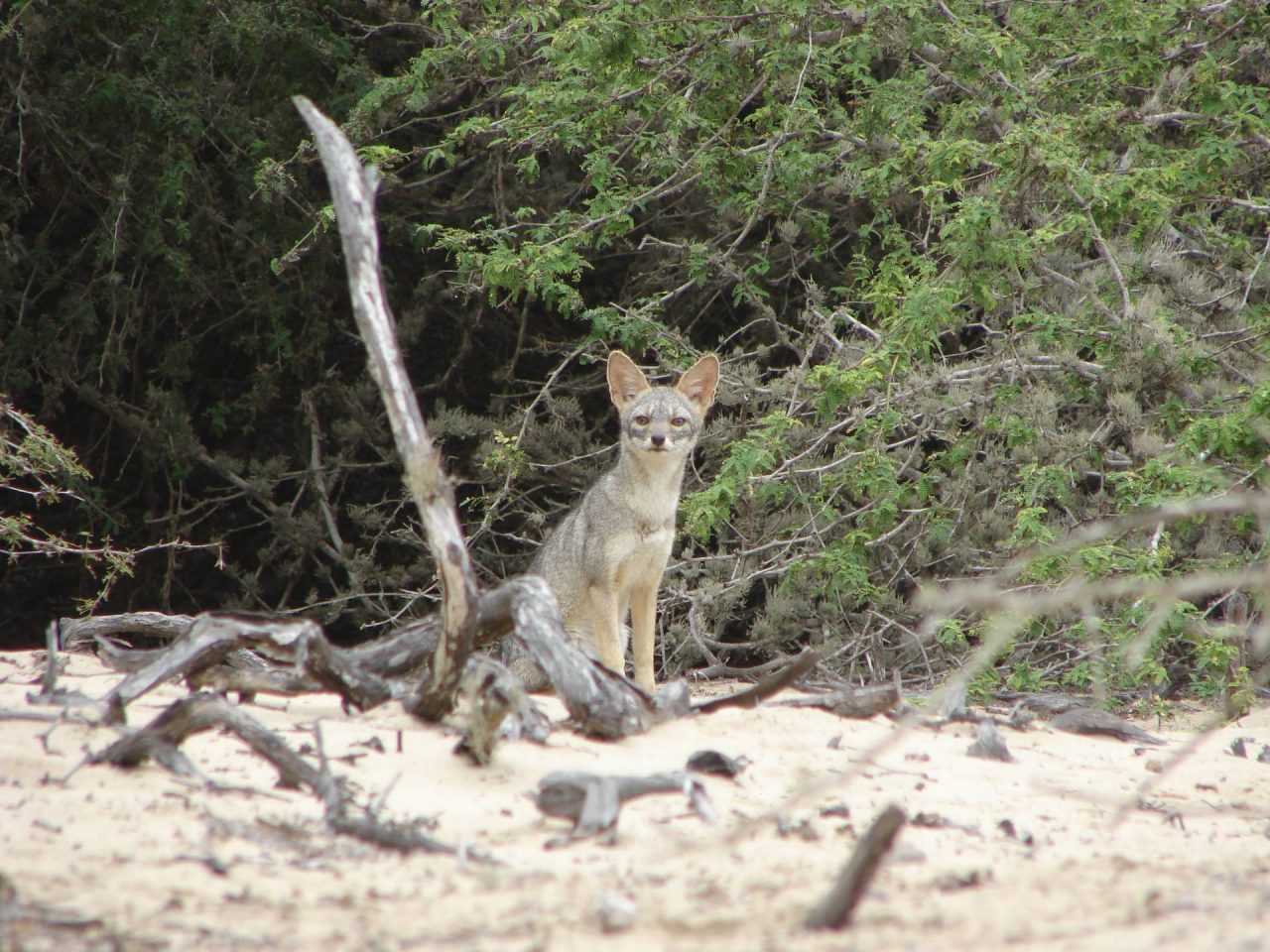 Check out this fascinating fox

This month’s mammal is a cunning creature, most often seen by humans slinking about in the low light of dusk and dawn. For centuries, this animal has been regarded as intelligent, sly and even magical by cultures around the world.

Join us in celebrating the fascinating fox.

Though South America is home to six fox species, today we take a closer look at one of the smallest – and arguably, most mysterious – canids on the continent. Identified first in the Sechura desert, the Sechuran fox (Lycalopex sechurae), also called the Peruvian desert fox, exists in arid environments in southwestern Ecuador and western Peru. Despite its name, the species is a “false” fox or zorro. Being a zorro means that the Sechuran fox is more closely related to dogs and wolves than to true foxes.

The Sechuran fox is highly adaptable, living in deserts, within dry forests and on beaches. The species’ diet is largely dictated by its natural surroundings and the seasonal availability of food. It is an opportunistic feeder, using its small teeth to eat bird eggs, insects, seed pods, berries, dry plants, rodents and even carrion. The species can survive for long periods of time without drinking, subsisting on the water in its food.

Sechuran foxes are nocturnal and solitary, though they have been observed traveling in small family groups or pairs. They spend the daylight hours in dens that have been dug into the ground.

Other than the fact that the young are born in October, little is known about their social life or breeding habits. Like all foxes, they are intelligent animals and can confuse their predators by doubling back on the tracks they make with their paws

The Sechuran fox is listed as Near Threatened by the IUCN due mostly to its loss of habitat, which has been particularly extensive in Ecuador. It’s thought that there are less than 15,000 individuals living in the wild.

Though habitat loss and degradation are considered the biggest factors in the fox’s decline, the species is also threatened by hunting. Recognizing the fox’s affinity for small livestock, farmers kill the fox to reduce the number of such attacks. Additionally, the Sechuran fox is poached for its body parts, which are used in local handicrafts, folk medicine and magical rituals.

With the support of our donors, Nature and Culture International is working in the dry forests of southwestern Ecuador, home to the Sechuran fox and many other unique plant and animal species. These forests are rich in biodiversity, yet highly threatened by deforestation. We’ve focused our efforts on the creation and consolidation of protected areas in the region, and work with local communities to sustainably manage the land.

We currently manage four reserves in the area totaling 52,000 acres, and have plans for additional protection and effective management. Learn more about Nature and Culture’s work in the dry forest here.

Fancy the fox? Join us in protecting its home and a wealth of endangered species.