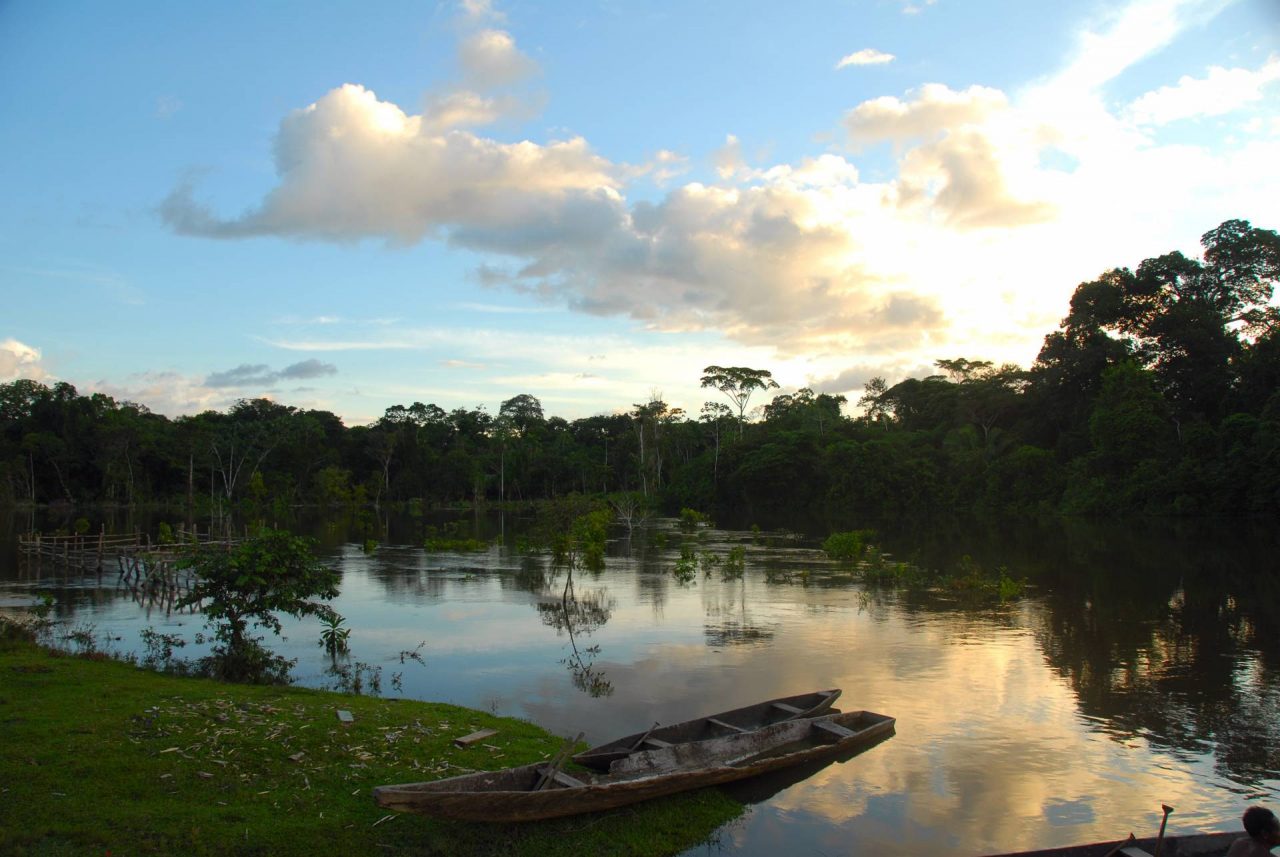 Empowering the Kichwas of Napo

The indigenous Kichwas of Napo have lived in and cared for Peru’s Amazon rainforest for centuries. Thanks to your support, these communities finally gained title to their land.

In the Peruvian Amazon, communities from the indigenous Kichwa group play an integral role in protecting the rainforest and its resources. Created in 2015, the Maijuna-Kichwa Regional Conservation Area protects nearly one million acres of rainforest in northwestern Peru, including the Kichwas of Napo and Maijuna’s ancestral homeland.
The region just outside of the reserve faces near-constant threats. Four indigenous Kichwa communities live in and manage this area with support from Nature and Culture International. However, until recently, they did not legally own the land. Without ownership, the land is vulnerable to encroaching development and mining activity.
“When you don’t have the land title in your hands, you are not the owner yet; anyone can get inside your land and take out wood, palm, chonta,” says Richard Rubio Condo, Kichwa leader and former president of Kichwa community Nuevo San Pedro.

Recognizing the land rights and partnering with indigenous people are important in and of themselves, but also are crucial for conservation efforts. Research consistently shows that lands where indigenous peoples have secure land rights have significantly lower deforestation rates and release less carbon dioxide than adjacent lands.
Protecting land in collaboration with local cultures is at the heart of Nature and Culture’s mission. With your support, we conserve our planet’s wild places so that nature and culture can thrive.
To ensure lasting and effective conservation impact, Nature and Culture began supporting the Kichwas of Napo in gaining title to their land in 2015. Thanks to you, land title resolutions were just enacted by the Regional Directorate of Agriculture of Loreto!
In January 2020, the community of Nuevo San Pedro gained title to over 4,169 acres of their land. At the end of the year, three other Kichwa communities in the region officially secured additional land ownership.
With your support, Nature and Culture helped to secure a total of 80,719 acres of land for the Kichwas of Napo. Working in collaboration with indigenous leaders and the Regional Government of Loreto, Nature and Culture provided technical and legal support to comply with the requirements to obtain land titles in accordance with the state and national laws. Nature and Culture’s work was carried out with funding from the Andes Amazon Fund and the Moore Foundation.
The inscription of the land titles in the National Public Records Office (SUNARP), the last step led by the Regional Directorate of Agriculture (DRAL), is underway and expected to be completed within the next few months.
Thank you for making this achievement possible! Your support has defended the Kichwa’s way of life for generations to come, and ensured the Amazon’s wildlife and resources are protected in perpetuity.
View a map of the land secured here.
Learn more about Nature and Culture’s work with indigenous communities.