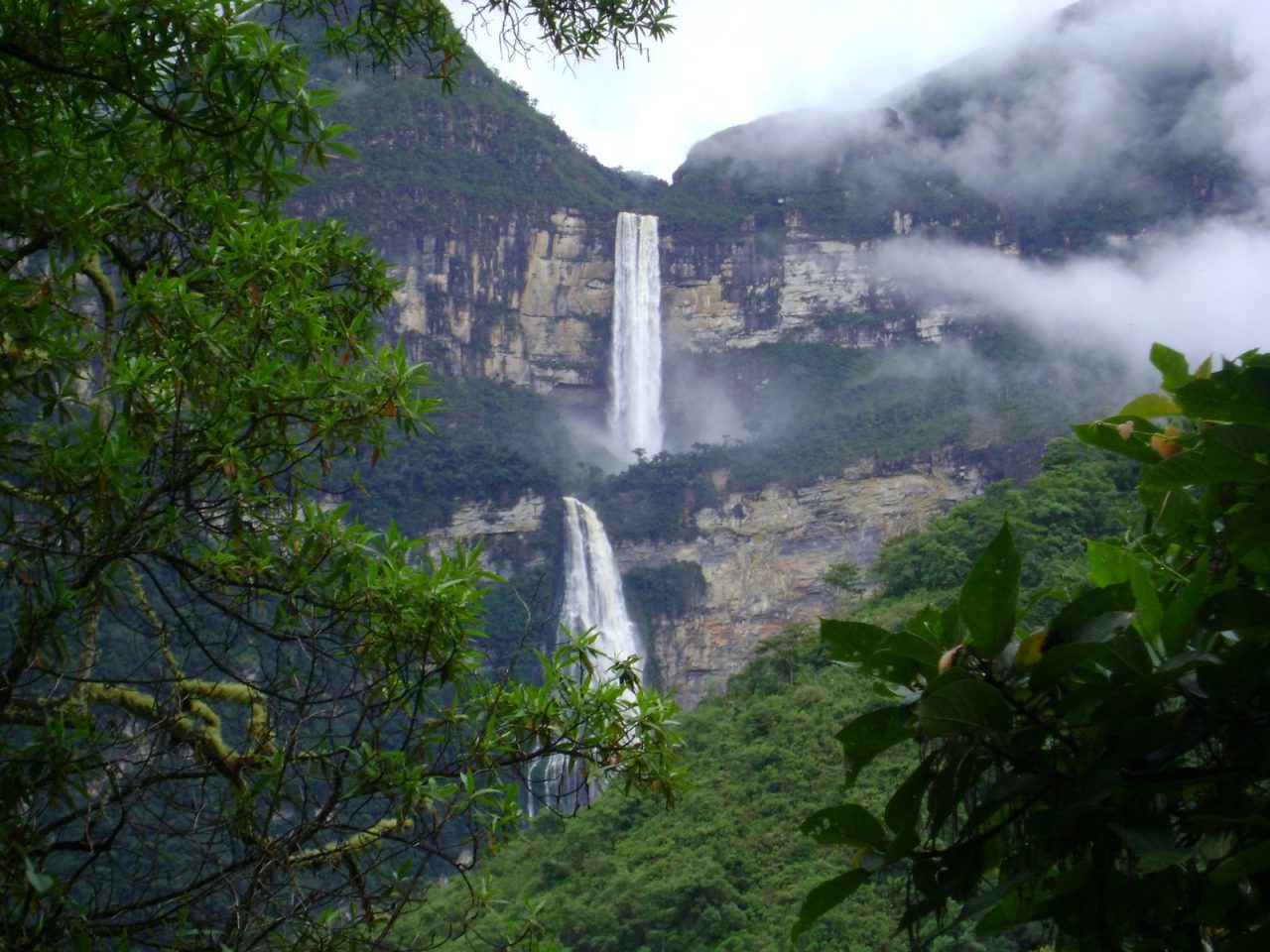 Long ago, nearly 40 million years before today, a raft of monkeys found themselves adrift in the Atlantic. They had been blown out to sea by an intense storm on the African coast. Floating on a raft of storm-tossed vegetation, they drifted to a new continent – South America.

Sounds like fiction, but fossil teeth discovered in the Peruvian Amazon confirm the tale! According to findings from paleontologist Mariano Bond and colleagues, the monkeys that thrive in the Americas today are the descendants of prehistoric primates fortunate enough to survive the journey.

From tamarins to muriquis, the Americas are now home to at least 53 monkey species, or New World monkeys. This month’s mammal is the yellow-tailed woolly monkey, found in the recently-declared San Pablo-Catarata Gocta Conservation Area in Peru. Yellow-tailed woolly monkeys are endemic to a small area of cloud forest in the Peruvian Andes. They are easily recognizable due to their long, dark coat and white ring of fur around their mouth. However, the most conspicuous feature of this species is the small, yellow-colored strip on the underside of their tail. Like many New World monkeys, they have a prehensile tail (able to grasp) to hold onto tree branches.

These primates are social animals, active during the daylight hours. They form groups of 4-30 individuals, including a single dominant male, multiple mature individuals of both genders and young monkeys. Communication between communities is performed through vocalizations such as a loud, barking call, which is commonly used as an alarm call or a territorial display.

The tiny natural range of this species covers parts of the Peruvian Andes, namely, the Department of San Martín in the east and Amazonas in the west. Due to deforestation and habitat fragmentation in the area, the yellow-tailed woolly monkey is listed as Critically Endangered. The species also suffers from continuous hunting. Spanning 6,500 acres in Amazonas, Peru, San Pablo-Catarata Gocta protects critical habitat for the yellow-tailed woolly monkey among other threatened species such as Johnson’s tody-flycatcher (Poecilotriccus luluae) and the spectacled bear (Tremarctos ornatus). The area will also conserve important Andean ecosystems and water sources, including the Gocta Waterfall, the third highest in Peru.

San Pablo-Catarata Gocta was established with support from our generous donors and partners, including Critical Ecosystem Partnership Fund and Robert W. Wilson Charitable Trust. We look forward to working with the local community of San Pablo de Valera to effectively manage this critical habitat.

Did you catch last month’s featured mammal? Check out the fascinating Sechuran fox.